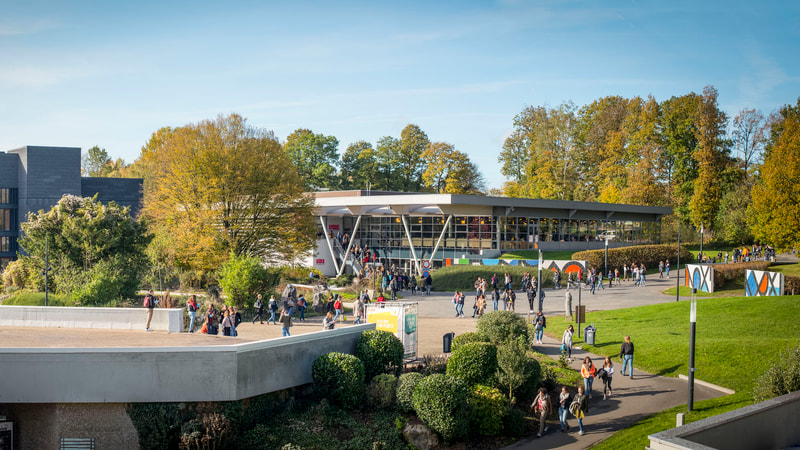 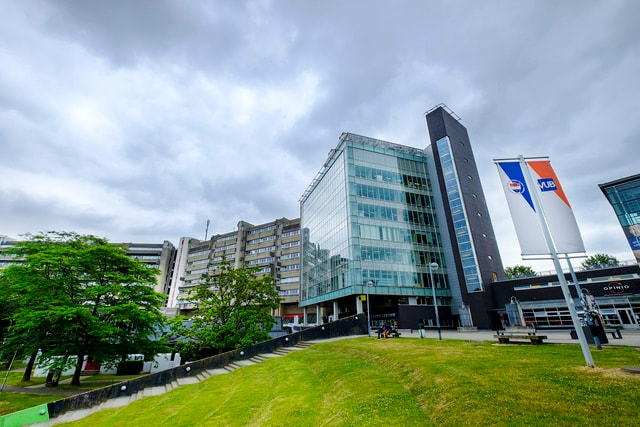 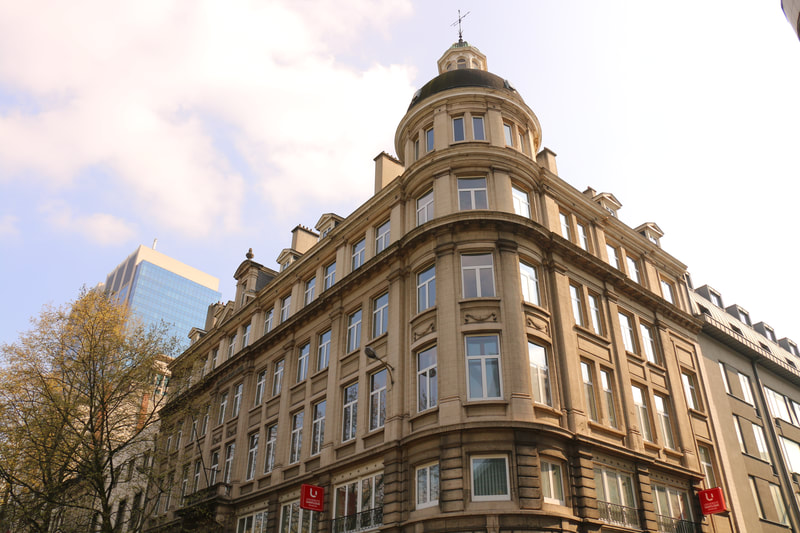 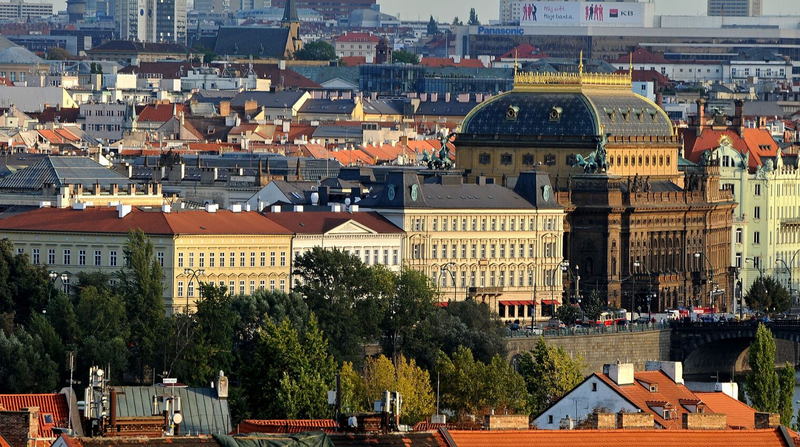 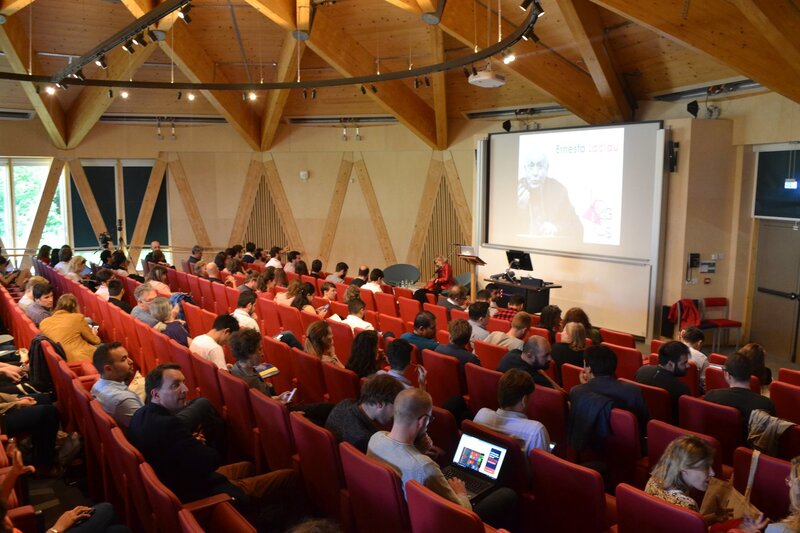 International Conference in Ideology and Discourse Analysis / University of Essex / 31.5.19 - 1.6.19 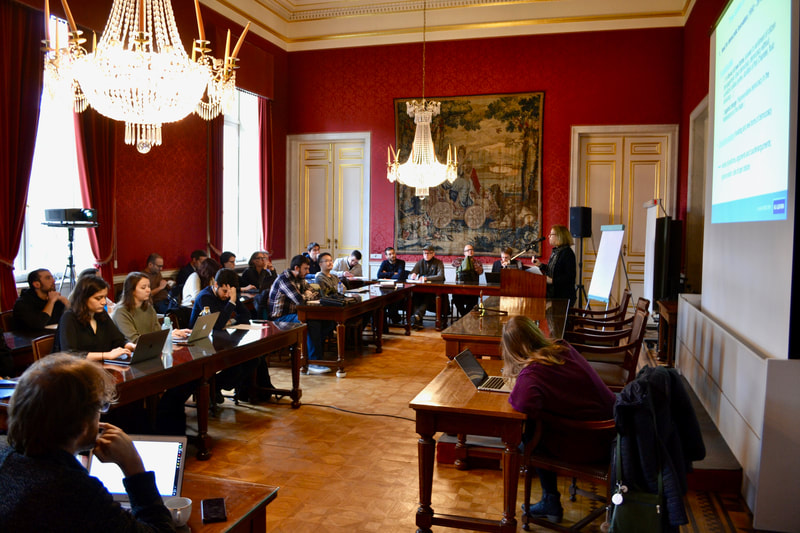 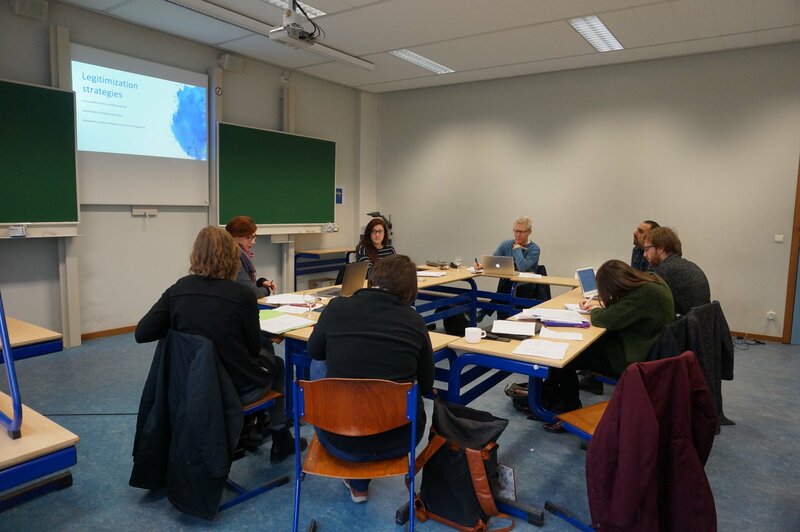 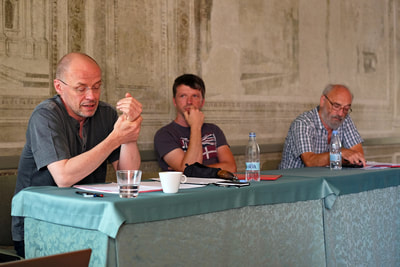 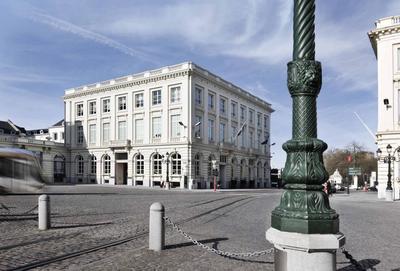 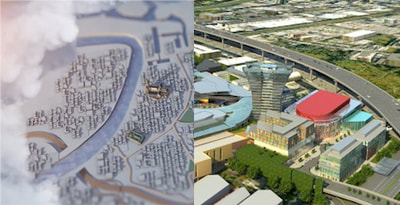 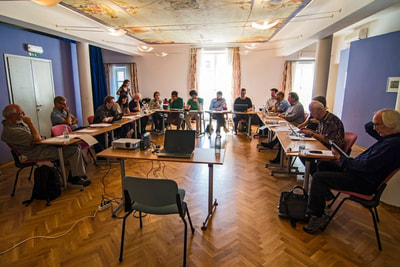 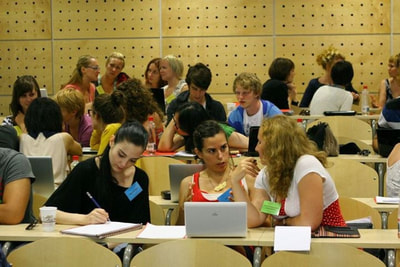 EPISODE 9 / 13.12.19: ALVARO OLEART PEREZ, Annika Hoffmann, BENJAMIN DE CLEEN
Alvaro Oleart (paper with Ben Crum & Patrick Overeem) – Renewing or Undermining Democratic Pluralism? The conditioning of populist parties across EU member states
Abstract: Amidst mounting attention for populist parties and widespread concerns that pluralist democracy is under threat, this article departs from the premise that not every new, populist party threatens to undermine democracy. On first blush, such new parties may well enrich democratic pluralism, as they raise new voices, challenge cartel practices, and reanimate political debate. Hence, we suggest that whether new parties come to pursue anti-pluralist ideas and strategies is an open question, leading to our central question: When do populist parties turn anti-pluralist and when do they remain loyal to the pluralist system? This question does not allow for a straightforward response and it requires extensive analysis. All this article does is to lay out a framework for analysis that helps to identify anti-pluralist streaks in populist parties and to examine systematically the conditions that may be conducive to such tendencies. The analytical framework is organized around three clusters of conditions – the responses of established parties, the institutional conditions, and the media and political culture – and it operates at two levels. At the level of parties, it should help to focus on those specific actions that do violate the premises of democratic pluralism. At the level of democratic systems, it aims to distinguish conditions under which populist parties are successfully incorporated in the broader democratic game from those under which they are enabled to undermine democratic pluralism.


Annika Hoffmann and Benjamin De Cleen – Normalization of extremist discourse through talk scandals: the case of “Alternative für Deutschland”
Abstract: Whilst the success of the populist radical right has a range or reasons, provocation and scandals seem to be a significant part of the picture as they increase the visibility of these parties and make them the centre of public debate. Specifically, speech acts have been proven effective in transgressing discursive norms and producing scandals and garnering media attention, a form of media scandal conceptualized as talk scandal (Ekström & Johansson, 2008). Indeed, it has been argued that the populist radical right has effectively appropriated media logics by strategically provoking scandals mediatised through profit-oriented news outlets (Wodak, 2013; Herkman, 2018).
The AfD is no exception to this. The party’s success has been interpreted as the result of a politico-medial perpetuum mobile (Bender, 2017, p.14-9) with media paying extensive attention to the party even before their electoral weight legitimized such attention (Gäbler, 2017; Lamby, 2017). Provocations and the scandalized reactions to them played an important role in ensuring media attention for the party. Furthermore, such provocations and norm transgressions have been seen as part of a broader hegemonic strategy of shifting the boundaries of the politically acceptable and normalizing discriminatory beliefs and statements (Kramer, 2018).
Despite notable public discussion about the patterns of norm transgressing behaviour by AfD politicians, systematic research into these dynamics is still missing. This study explores the discursive mechanisms of AfD talk scandals, looking both at the moment of incitement and at the subsequent evolving dramaturgy of reactions including denial and blame avoidance. The article asks:
- Which discursive strategies do AfD politicians use to transgress norms?
- Which discursive strategies do AfD politicians use during the cycle of the talk scandal?
To answer these questions, we conducted a detailed discourse-historical analysis (Titscher et al, 2000) of three talk scandals initiated by different AfD politicians in 2018. Our analysis builds on existing communication studies and discourse studies work on talk scandals and on radical right provocations, which we discuss in a first section. We then discuss case selection and methodology in a second section, before moving on to our analysis.

EPISODE 8 / 20.9.19: ARTHUR BORRIELLO, ANTON JÄGER, ALVARO OLEART PEREZ, BENJAMIN DE CLEEN
Arthur Borriello and Anton Jäger – The Antinomies of Ernesto Laclau: A Reassessment
Abstract: This paper provides an internal assessment of Ernesto Laclau’s theory of populism. While critiques of Laclau have been made from a variety of traditions, few scholars have sought to work through the contradictions of his thought on internal terms. This paper identifies some key antinomies in Laclau’s oeuvre and hints at redemptive strategies. It starts with a short summary of Laclau’s conception of populism in contextual and conceptual fashion. Subsequently, four possible deficits of Laclau’s theory are examined, ranging from a tension between verticality and horizontality, an ahistorical dimension, a descriptive and normative hyperformalism, and the lack of a reflexive approach to the term ‘populism’ itself. The paper finishes with a fresh research agenda for ‘post-Laclauian’ theories of populism.

Benjamin De Cleen (paper with Jason Glynos) – Beyond Populism Studies: Thinking with Discourse Theory Against the Reification of Populism
Abstract: In the last years ‘populism’ has become an ever more ubiquitous label and an ever more dominant framework in political analysis and commentary, to the extent that ‘populism studies’ appears on course to establishing itself as a field of research in its own right. This article argues against such a development as it would exacerbate an increasingly widespread fatigue, impatience, and frustration with some strands of research on populist phenomena and especially with the prominence of the concept of populism itself in such analyses. More importantly – and paradoxically perhaps - establishing an autonomous field of ‘populism studies’ might risk distracting us from the normative, ideological, and political significance of populist phenomena themselves.
Starting from a discourse theoretical approach to populism - but also critically engaging with this tradition, including its own contribution to the hype about populism - we suggest that the study of populist phenomena should at most be understood as a ‘vanishing mediator’ that reveals to us that the relevant issues are not mainly what or where we think they are (namely in populism as such), but elsewhere. We suggest that establishing such a thing as ‘populism studies’ would only serve to reify populism in a way that would actually prevent us from understanding that which really matters about populist politics, for example: the substantive political projects of particular populisms; the broader conditions of possibility within which populist politics thrive and to which they contribute (polarization, institutional distrust, the decline of the mass party system, frustration with political and socio-economic systems, etc.); and the specific (and limited) role of populism in particular populist politics. Ours is not a call for abandoning the concept of populism altogether, but a call for de-centering the use we make of the concept of populism, turning it into a ‘normal’ analytical tool in the toolbox of the social sciences and humanities. A call, that is, to move beyond populism studies.

Arthur Borriello – discussion of ongoing research project: Populism in the wake of the European Great Recession. A comparative analysis of the National Front, Podemos and the Five Star Movement (2010-2018)
Abstract: This project focuses on the following research question: to what extent does the strengthening of populist parties in several EU Member States reflect a deeper reconfiguration of political conflicts? It aims to make an important contribution to the analysis of the rise of populism in the wake of the economic recession in Europe. On the theoretical level, the project is original with regard to two aspects. On one hand, it breaks with the main definitions of populism and defines it as a mode of (discursive) construction of political identities through the radical dichotomisation of the social field. On the other hand, it situates the recent emergence/reinforcement of populist parties in the broader context of the coming of a new structure of political conflicts articulated around the technocracy versus populism dichotomy, which intersects with the classic left/right cleavage and thus makes the political field more complex. The research design consists of the comparison of three populist parties (National Front, Five Star Movement and Podemos) and aims at testing several hypotheses through a two-step methodology that combines discourse analysis (lexicography and narrative analysis) and the analysis of interviews conducted with the members of these political parties.

Alvaro Oleart (paper with Ben Crum, & Patrick Overeem) – 'Renewing or Undermining Democratic Pluralism? The conditioning of populist parties across EU member states'
Paper in progress as part of ongoing project http://reconnect-europe.eu/
​
EPISODE 7 / 24.5.19: JOAN MIRO ARTEGAS, ALICE MASONI ​
Joan Miró Artigas (Autonomous University of Barcelona): "The tensions of populism in power: a discursive-theoretical analysis of the Catalan secessionist push (2006-2017)"
​
Alice Masoni: DiEM25's transnational populism
EPISODE 6 / 20.2.19: ALICE MASONI
“The populist-nationalist momentum in Europe - A discourse analysis of left-wing and right-wing populism in France and Germany” (FWO proposal discussion)
EPISODE 5 / 13.9.18: MARIE TULEY
​"Migrant Integration Narratives and the (re-)Making of National Identity"
Abstract: This paper analyses how sub-state nationalist parties re-define national identity myths using (gendered) narratives about migrant integration. Concretely, the paper looks at how the Scottish National Party (SNP) and the Nieuwe Vlaamse Alliance (NVA) re-define a Scottish or Flemish identity in reaction to the so-called European 'refugee crisis'. Further, it analyses how 'integration' is constructed and what this means for the identities and subjectivities of both nationals and refugees/migrants. The paper draws on Post-structural Discourse Analysis to analyse the non-EU-migrant and refugee integration policies of both Scotland and Flanders, which have been adopted under the (ministerial) leadership of the two nationalist parties, as well as other policy documents and political debates. The analysis shows that national identity myths are reimagined and redefined in relation to (gendered) discourse on non-EU migrants to both Flanders and Scotland, with a reaffirmation of (gendered) roles for both nationals and immigrants. The paper demonstrates how debates surrounding the rights and responsibilities of non-EU migrants and refugees become enmeshed with the re-making of a Scottish or Flemish sub-state national identity vis-a-vis their respective 'other' of England or Wallonia. Lastly, the paper demonstrates how migrant integration policies can reveal ontological insecurities of nations and concludes that discourse around migrant integration is a site of discursive struggle for national identity.
EPISODE 4 / 30.4.19: PÉTER CSIGO
„Fundamental analysis” is not enough: 10 theses on why we need to step beyond the liberal-populist debate
EPISODE 3 / 17.4.18: FANI GIANNOUSI, SCHEREZADA EXENI
Scherezada Exeni (Bolivia): Being a woman in Bolivia: an autoethnographic and transgenerational inquiry (PhD research presentation)
This dissertation re-writes the history of Bolivia from the perspective of 4 generations of women, based on the biographies of the Scherezada's grand-grandmother, grandmother, mother and herself. The dissertation is based on a richness of transgenerational conversations between Scherezada and her female family members.

Fani Giannousi (PhD, Aristotle University of Thessaloniki, research centre DESIRE): Greek Contemporary Art and the Refugee Crisis. A Genuine Response or a Fashionable One? (work-in-progress presentation and discussion)
For the past ten years, Greece has been experiencing a tumultuous economic and political situation with massive riots, multiple political crisis and elections that shattered political, economical and social stability, compounded by the refugee crisis. Art and culture have been affected, nevertheless, it has been posited that the crisis has probably further enhanced production, international visibility and mobility in the Greek artistic field. This interest appears to eco predominantly a certain leitmotif; artistic creation is encouraged or has emerged directly as a response to the economic and humanitarian crisis. This rhetoric suggests that art and subversive politics, creativity and social turmoil are closely interrelated. In retort, it is pointed out that this approach is either part of a bio-political program of control, or the fashionable response of a cosmopolitan elite, institutions and high profile artists to the problems of global capitalism. This presentation attempts to investigate the transformations of “the contemporary art in crisis” in the Greek socio-cultural context.
EPISODE 2 / 19.3.18: JANA GOYVAERTS
"We need to talk bout how we talk about populism", try-out presentation for Populism Workshop in Bath.
EPISODE 1 / 14.12.17: GIORGOS KATSAMBEKIS, MARIA AVRAAMIDOU, KAREL DENECKERE, JANA GOYVAERTS
Maria Avraamidou: Communicating Security

Giorgos Katsambekis: Left-wing populism in opposition and in power: The case of SYRIZA in Greece

Karel Deneckere: The discursive struggle on nuclear power in Belgium